How Benecon & LGIT Health helped a city in Maryland save money and generate significant surplus through self-funding.

The cooperative’s partnership with Everest Re allowed LGIT Health to lower their Specific Deductible from $50,000 to $35,000 and reduce the City’s renewal to a low single digit renewal when the City initially joined LGIT Health. Cigna matched the City’s health plan design and added enhancements.

The City has benefited greatly by the cooperative model. Initially the City’s claims were trending higher than expected. The actuarial rate setting process was working to get them over time to the correct funding level and not hit them with severe renewal increases to recoup any lost funds from the prior year. Over time, the City’s claims started to trend closer to their funding level, and the City saw the benefits of low or negative renewals and high rate of returned surplus.

Since the City joined LGIT Health in 2012, they have generated surplus in nine out of ten years. For this 58-employee group, the total surplus returned has equated to over $1.1 Million in 10 years.

“The LGIT Health/Benecon team not only provides an excellent self-insured model, but they are always eager to help whenever there is an issue and constantly support their members through monthly webinars, quarterly meetings, the annual conference and renewal meetings. We look forward to continuing our membership with LGIT Health.” 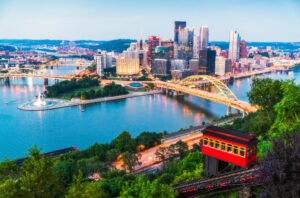